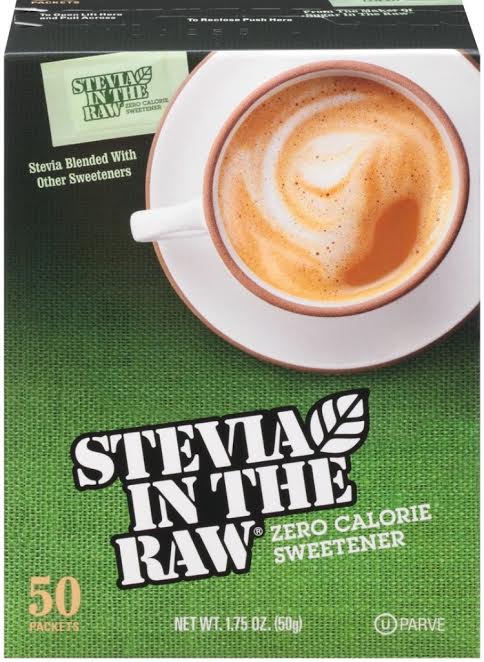 Stevia is a sugar substitute derived from the leaves of the stevia plant that is significantly sweeter than sugar but contains no calories, which has made it ideal for low-carb diets and those watching their sugar intake.

Stevia is often confused with another sweetener called Truvia, but they are not the same. Truvia is a blend of compounds, one of which is extracted from stevia leaves.  Stevia is a naturally occurring, zero-calorie sweetener. The two major sweet compounds in it are called Stevioside and Rebaudioside A.

Is Stevia safe to use?  It is naturally very sweet and considered 100 to 200 times sweeter than sugar, but it doesn’t raise blood sugar levels like sugar and other artificial sweeteners do. Rebaudioside A is most often extracted and used in stevia powders and sweeteners, but it is not usually the only ingredient.  Some studies have shown that Stevia can lower blood pressure.

Elevated blood pressure is a major risk factor for many serious diseases. This includes heart disease, stroke and kidney failure.  Studies have shown that taking stevioside (one of the sweet compounds in stevia) as a supplement can reduce blood pressure.

These were the results of one study after two years in the group taking stevioside:

Type II diabetes is one of the biggest health problems in the world. It’s rough definition is elevated blood sugar in the context of insulin resistance or an inability to produce insulin.  Stevia has had beneficial study results in diabetic patients.  .

In one of the studies, type 2 diabetic patients took either 1 gram of stevioside with a meal, or 1 gram of maize starch. The group taking stevioside had a reduction in blood sugar by about 18%.

Another study compared sucrose (sugar), aspartame, and stevia. Through the study stevia lowered blood sugar and insulin levels after a meal when compared to the other two sweeteners.  Insulin is the hormone that drives blood sugar into cells.  In Conclusion,  Stevioside appears to improve function of the hormone insulin, helping to lower blood sugar levels. This may be useful for people with type 2 diabetes.

Stevia has also been shown to have anti-inflammatory, anti-cancer, diuretic and immunomodulatory effects.  Stevia has not been shown to lead to any adverse effect on health.  Bottom line Stevia is far better than sugar, so I have completely took sugar from my diet and replaced it with Stevia a much healthier choice.  Stevia helps to suppress cravings, is by far less harmful to teeth, is a great option for diabetics, and helps regulate hypertension.